I used to love to see the Chessie System locomotives as a kid in Northern Kentucky, usually on the C&O bridge going over the Ohio River into Cincinnati. The "disco" paint scheme was quite a change from the old standard blue with either a Capitol Dome or C&O for progress on the nose. The Chessie had tons of GP40-2s, so when I found one of the Athearn Genesis models with DCC and sound for a great price I grabbed it.

#9120 (originally #4120) was re-numbered while on short term lease to the Santa Fe. Since I was going to re-number it anyway I didn't care what the number was. However, since #4120 had the larger, bolder B&O on the cab side, and since I wanted to keep the B&O, I was limited on which number I could use. I decided on #6022 because it had the bold lettering on the cab plus it had the small CSXT insignia underneath it.  Most of this class were simply patched before they were re-painted by painting over the old numbers and applying new ones. The paint was rarely the same color, usually a lighter shade of yellow.

Here is a photo of the original model from Athearn: 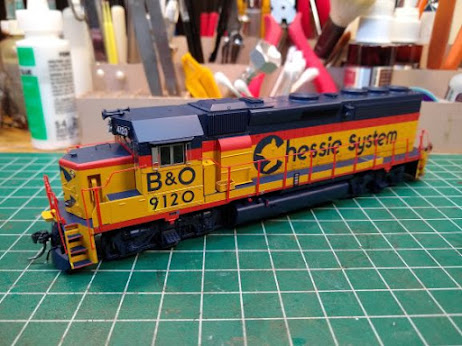 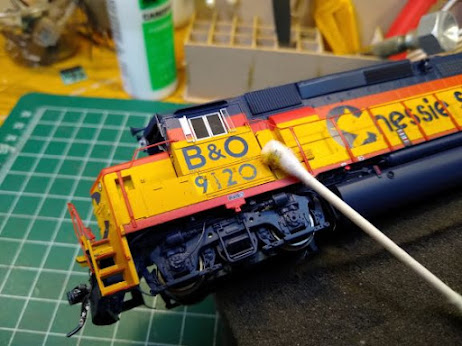 Once the majority of the numbers were rubbed off, I made one more application of the alcohol and cleaned it up with a paper towel. 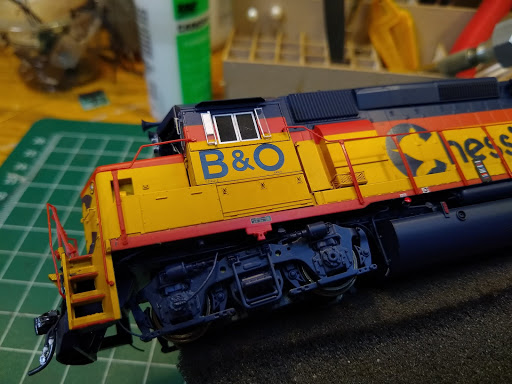